The board that started it all 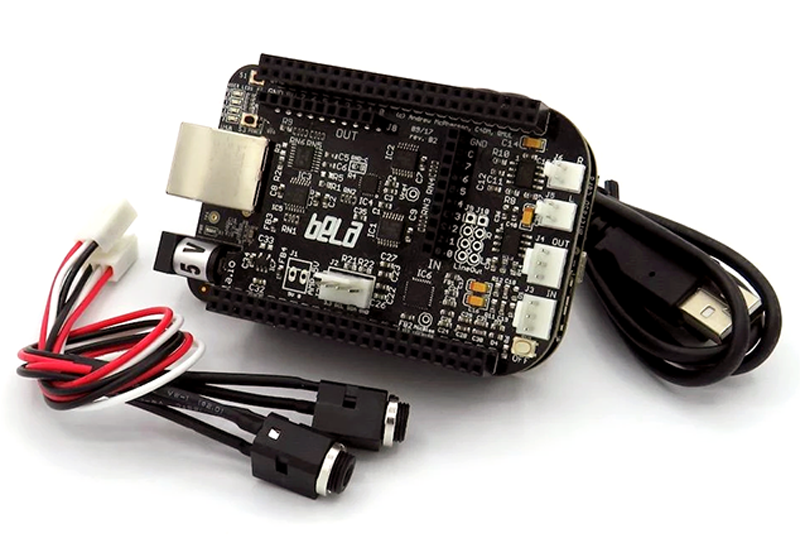 Bela was born out of musical instrument research. Since debuting in 2016 Bela has been used in thousands of projects. It was designed specifically for creating new musical instruments, effects boxes, and sound devices but its use has expanded to include kinetic sculpture, interactive art, e-textiles, digital crafts and creative electronics projects of all kinds.

Bela has the following hardware features:

An assembled Bela system (Bela cape + BeagleBone Black) has dimensions of 87mm x 54mm, and is 27mm in height.

The Bela Starter Kit includes everything you need to get started. It includes: 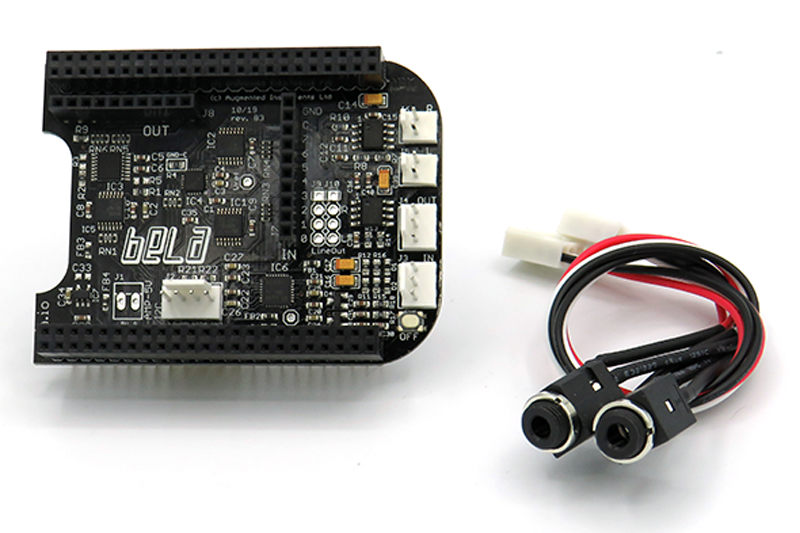 Bela is also available as a standalone cape. It comes with 2 audio adapters, but does not include the BeagleBone Black or USB cable, and you must flash a micro SD card with the Bela software yourself.

The story beings in 2014. Andrew McPherson and Victor Zappi were developing a music research study in the Centre for Digital Music at Queen Mary University of London, and needed to make an instrument. In building this instrument they required two things: a system that could process sensor data and audio that could be fully embedded (in other words, that it didn’t need to be attached to a laptop to produce sound), and a system with very low latency and jitter for so the interaction would feel natural and immediate for musicians . Together they developed a system to build the D-Box.

The system that went on to become Bela was based on the open-source computer BeagleBone Black, and was known as BeagleRT (short for BeagleBone Real Time). Andrew’s research group, the Augmented Instruments Lab used to create many new musical instruments and in interaction experiments, and Andrew taught a course on real-time digital signal processing with it at Queen Mary University of London. In 2016 a spin out company from the lab, Augmented Instrument Ltd, decided to further develop BeagleRT into a commercial product renamed Bela, and launched it on Kickstarter.

Over time we have developed accessories for Bela, and have collaborated with others to build extensions as well. These include:

Some products developed through collaboration with others: