A PCB for the hands-on hardware enthusiast 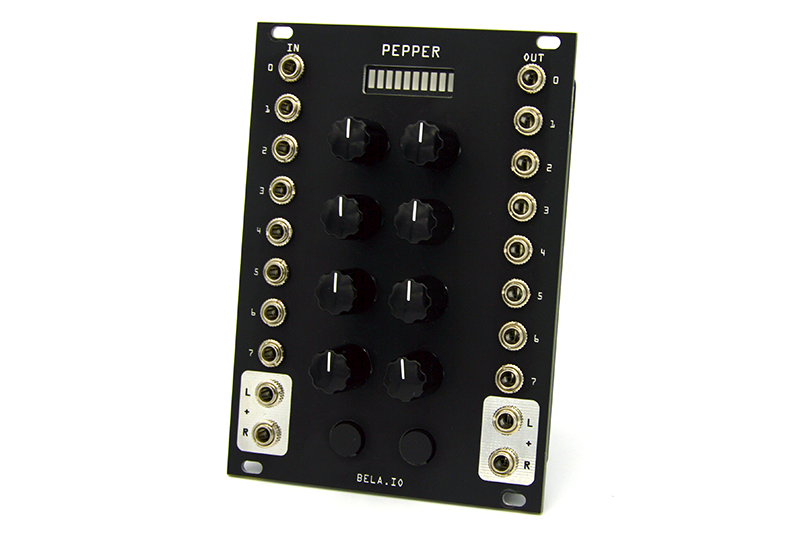 After releasing SALT and SALT+ we had a lot of requests for a DIY synth kit, so we developed PEPPER for people who like to build things themselves.

PEPPER is a kit for creating a DIY module for experimenting with Bela and your modular synth. PEPPER is a bare PCB that comes with a list of common parts, and a faceplate for mounting PEPPER in your modular setup. Source the parts, solder the whole thing together, connect your Bela unit, and get started writing patches in C++, Pure Data, Supercollider and more, or use the pre-loaded example projects.

PEPPER is a DIY kit that consists of a custom-designed PCB and faceplate. PEPPER comes with a list of common through-hole components for you to source, and instructions for putting it together. Attach PEPPER to your Bela system and you can start prototyping and experimenting with Bela and your modular synth.

Once assembled, PEPPER adds all this to your modular setup:

The Bela unit (sold separately) consists of a Bela cape and a BeagleBone Black, and custom Bela software. Once attached, Bela provides the following processing power:

The core of PEPPER is bare PCB. We don’t currently ship the parts because these are relatively easy to source components which you can buy from your favourite hardware shop. (Click here for the full BOM, or bill of materials.)

Once you have your parts collected, solder them to the PEPPER PCB. Click here to see the build guide on the PEPPER wiki.

The PEPPER kit also includes a faceplate, so you can include PEPPER in your Eurorack case. It’s made out of black PCB board with silver solder mask. 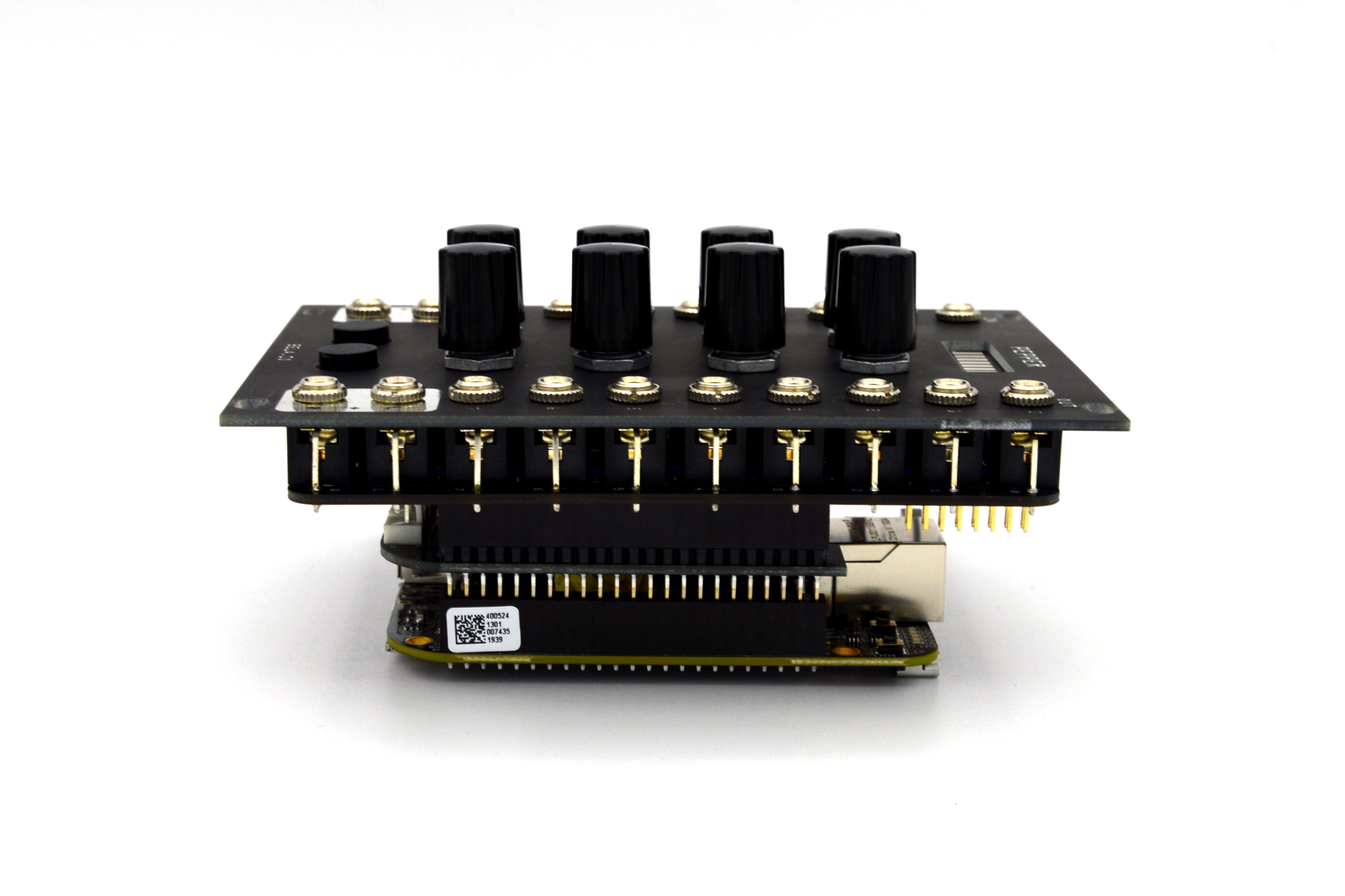 You’ll need the components, the PCB, and a soldering iron. Then, just follow the step-by-step instructions for putting PEPPER together that can be found on the PEPPER wiki.

PEPPER is a passive breakout interface for Bela. It uses passive components to protect Bela’s I/Os and amplification only on the audio output.

Please note that PEPPER is compatible only with Bela, and not with Bela Mini - this is because Bela Mini does not have analog outputs.

SALT and PEPPER are two ways to bring Bela into the modular domain, but there are important differences between them.

PEPPER is a DIY approach that you build yourself. It has limited input and output ranges, with 10 input channels and 10 output channels. Because you have to assemble it, PEPPER lends itself to learning about electronics, as well as hacking to customise it to your own specific needs.

An important consideration for PEPPER is that you will have to determine a way of connecting the USB ports of Bela to the outside world, because the USB ports from the Bela unit are not immediately accessible from the front panel of a Eurorack. We supply a smaller breakout board with the PEPPER faceplate to help with this, so you can buy breakout cables and attach them to this second faceplate.

In contrast, SALT is a fully-fledged Eurorack module. It comes fully assembled and includes an embedded Bela unit. This unit is composed of a BeagleBone Green and Bela cape (BeagleBone Green is used to reduce vertical space). SALT features full-range voltages, as well as 14 input and 14 output channels. Because SALT arrives expertly assembled and and tested, it is a music machine that is ready to go - just plug in and start programming.